I love living in West Jordan and my family and friends will love it even more when Smith’s Market Place opens it’s doors to the public. Easily accessible shopping is at the top of most of my client’s location want list. What can I say? A quick jaunt to the grocery store rather than an extensive trip sounds very appealing. You need tomatoes? I’ll get them in five minutes!

I’m giving you the New Smith’s Rundown- 123,00 square feet of expedient awesome topped off with gas station convenience. This is to be a prototype store with a wider variety of offerings  such as hardware and clothing than the typical Smith’s Store.  Even better news Peterson Development owns and controls all four sides of the intersection and have a “master plan” for future retail ease. According to West Jordan Chamber of Commerce, McDonalds, Super Cuts, and Maverick have all made commitments in the area. This will all be part of the larger “master plan” of the Highlands Development 360 acre development-  more details on the amazing Highland Development and Smith’s  here and here and video here. 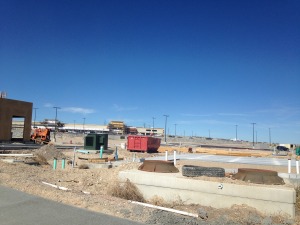 A great little side effect to the development is that expansion of the roads was necessary to access the Smiths, this led to the expansion of 5600 west from 7000 s-7800 s. Also Two roundabouts and one traffic light will allow easy access to the Smiths for consumers and expanding 7800 south from 2 lanes to 4 lanes has been a nice addition in getting traffic to the west side.

I recently met with David Oka, Economic Development, West Jordan City who expressed his excitement for the Copper Hills area. “All the development coming is going to be out west” he stated. I am excited to see it coming. If you are interested in what is happening around 7800 south review the overall plat and pictures attached and see what is coming. Future subdivisions from Ivory, Holmes, Garbett, and Bach homes are in the works. And should fill in most of the land between 7800 s & 8200 s.

It is with great enthusiasm, I watch West Jordan City grow into an amenity filled, purpose driven, economically sound environment and community. We love living here and we hope you will too. In the mean time if you need anything- I’m working on it, tomatoes, development reports, real estate advice- so stay tuned and thanks-a-million.

Development Future Groceries Shopping Smiths Sycamores West Jordan
7800 S. and 5600 W. Development:Smith’s Marketplace and More2014-10-232014-10-23https://southvalleyproper.com/wp-content/uploads/2014/09/southvalleryproperlogo2.pngSouth Valley Properhttps://southvalleyproper.com/wp-content/uploads/2014/09/southvalleryproperlogo2.png200px200px
About
South Valley Proper
We are a local full service Real Estate Group out of Keller Williams South Valley dedicated to elevating South Valley, Utah to its best and highest use. We are for uplifting great design, functional space, and the lifestyle and community of South Valley.

We're not around right now. But you can send us an email and we'll get back to you, asap. 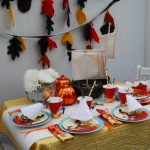